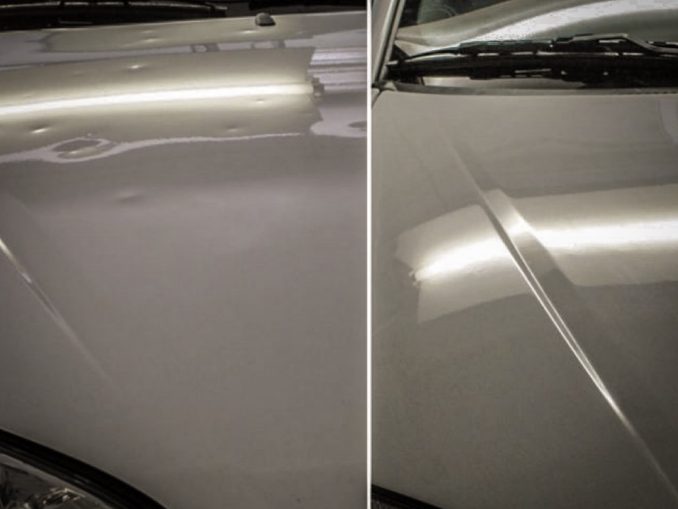 Paintless dent removal was invented by Oskar Flaig in February of 1960 during the “International Motor Sports Show” in New York City, USA.

Oskar Flaig was an ordinary member of staff at Mercedes. His job was to take care of the paintwork of all the show cars presented at trade fairs. Damage, scratches on the paintwork and small dents, produced by the public during the day, needed to be re-painted at night, so the vehicles would be in perfect condition on the next day. At the trade fair in New York City, Oskar Flaig used a hammer handle to push out a small dent, so he would need to apply less filler before painting. Nevertheless, the result already looked perfect after pushing. This was the beginning of paintless dent removal.

Thanks to advancing technologies in paint designs and auto body repair, Custom Plus is a leader in Paintless Dent Repair. Doug Gerke our “PDR” specialist gets calls from body shops all across the country to assist with tricky jobs and large-scale hail storm repairs. With a proven track-record of flawless dent repairs without any kind of body work, we take pride in calling Custom Plus the absolute authority on PDR in the area.

“PDR is an art, one we’ve mastered”